Development of Golang DID resolver/registrar

You are viewing an older update. There is a newer update available.

De Facto
Exchange Working Group
Core Committee
Website Committee
Factom Council
Hello, the community!
In the previous grant round, we applied with the grant for the development of standalone Golang DID resolver/registrar.

I feel that this project was supported by the community: it was ranked at the position of the cut-off grant, but in this grant round we decided not to fund cut-off grants.

Without going into technical details, I'd like to highlight, that, in my opinion, Golang DID library is extremely important for our ecosystem and for the projects, written on Golang — PegNet, Factom Open API and etc.

Considering Factoshi's experience of "development first, paid after" as a very good practice for grant pool projects, I decided to start working on this project without grant funding and then apply for back pay in the next grant round.

We cut the scope of works to the following:

The amount of the works above is ~3 man-months. We are still willing to internalize some development costs (10-25% discount) as stated in the original proposal and it fully depends on market conditions, i.e. FCT price, at the moment of the next grant round.

We remove DID integration into Factom Open API as part of this project, as it's the separate project and it's better not to mix it up.
We are still willing to develop DID support for Factom Open API and it will be done after Golang lib will be released.

TL;DR: We consider Golang DID lib as an extremely important for PegNet, Open API and other Golang apps, so we decided to start developing it without advance grant payout and apply for back pay when the works will be done.

1. Factom DID Golang Lib and API design
This document describes Golang lib for Factom DIDs, its modules, DID API, wrapping the DID lib, and how apps are connected with all this stuff.
https://docs.google.com/document/d/19JvrOyVKk6hHTtUuWoH1HS3vGQAu1MjbwsPgj33tIFo/edit

There are 4 levels I separated in the design, that provide redundant flexibility for any developer and apps: 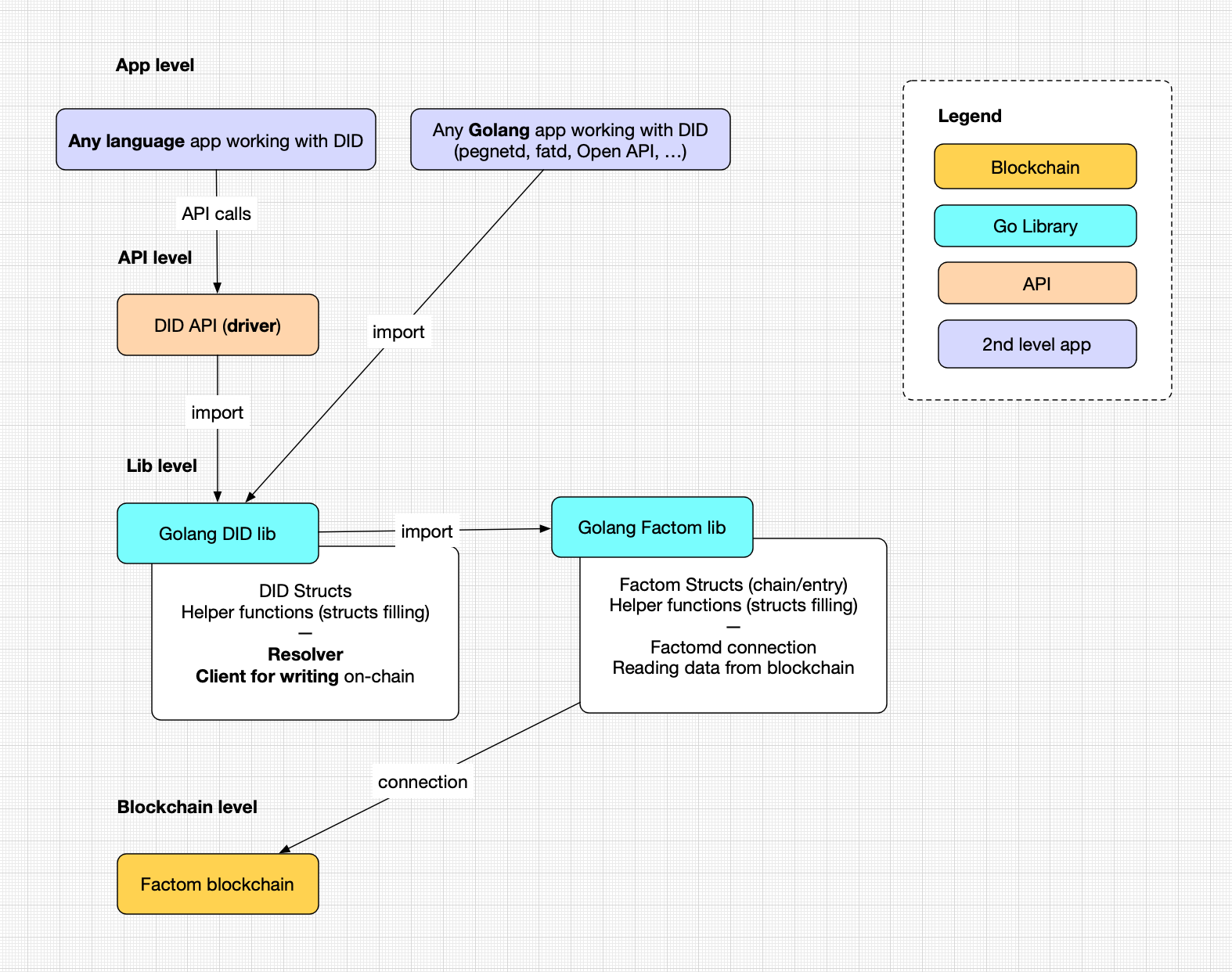 2. Factom DID Golang Lib
I'd like to share our current progress in development of Golang Library for Factom DIDs:
https://github.com/DeFacto-Team/go-factom-did

You must log in or register to reply here.

You are viewing an older update. There is a newer update available.